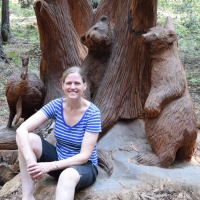 A little bit about me… I was born into a working class family from northern England. In my innocence as a young child, I desired to be a good little girl which meant denying my needs in efforts to please others. I believed that I was doing something wrong or was wrong for even existing and would apologize all of the time because I thought I was in people’s way. In order to meet the needs of others, I developed my intuitive capacities at a very early age. However, this led to taking care of others at my expense.  After I had abandoned myself for years, I discovered that this did NOT serve me and I started to explore what I truly needed and wanted in my life. In that exploration, I discovered that some of my limitations were inherited, which meant it was located into my genetic material – my DNA.  Interestingly enough, I knew when I was 12 years old that I needed to get a degree in Genetics. With my background in science and my awareness of the inherited beliefs I am now equipped to release and transform the conditioning that my ancestors passed down to me and know I have the freedom to choose what I want to experience in life rather than be controlled by my past or my DNA. My scientific work on the DNA level has had a very profound influence on my style of healing work, as my Acute Intuitive Perception works to the core of each cell of the body and molecule of the being. I am able to re-program the cellular memory to facilitate transformative healing changes of all levels of your life, physical, emotional, mental and spiritual. My down to earth nature and open-heart bring life and light into everybody I meet. ​
After receiving a session with Amanda the facial recognition on my phone no longer worked. It could no longer recognize me as the session changed me so much. What amazing work. Love and Gratitude.
Tess
Cottage Grove, WI
What a wonderful experience in itself, and I am looking forward to this new way of being in life. Right now, it feels like there is warm light in the background of my consciousness, without having to think about it and I am sitting in my yard, getting ready to work and relating to this moment as in "the privilege of spending quiet time by myse…
Agathe
Montreal, Canada
"I am profoundly grateful for Amanda’s guidance and support in my life. She is an intuitive, compassionate, and insightful healer. She helped me navigate and heal the deep emotional waters of having tested positive with a BRCA mutation (a mutation that can predispose women to breast and ovarian cancer). She helped me uncover the core reasons…
Shannon
Wisconsin, USA
Amanda is a scientific healer . She has excellent intuition and can Hone into limiting beliefs that she skillfully removes and replaces with limitless thinking. She has a deep understanding of energy healing and knows how to work with DNA on both the energetic and physical level which makes her a unique healer . She has helped and positively change…
Suman
London, UK

I completed my Bachelors of Science in Genetics with honours from the University of Swansea, United Kingdom (UK). I continued my education at the University of Manchester (UK) to complete my doctoral degree in Neurobiology. While I had many intuitive experiences as a child, my formal energy healing training began in 2001 in London. I began Reiki healing in 2007, and was formally certified as a Reiki Master. In the midst of this training, my curiosity led me to the United States in 2008 to contribute to a non-profit research institute. I continued to further my career in genetics research, while simultaneously sharpening my capacities in energy work. I became a Theta Healing Practitioner in 2017 and Theta Instructor in 2019. I then was exposed to Access Consciousness and Access Consciousness BARS, and became a practitioner in 2020 and Facilitator in 2021. 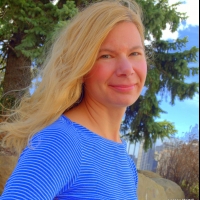 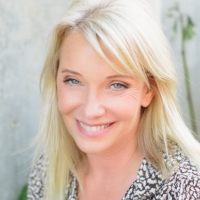